The Herald And His Heroes: Stories about the Báb (English Edition) por Hitjo Garst 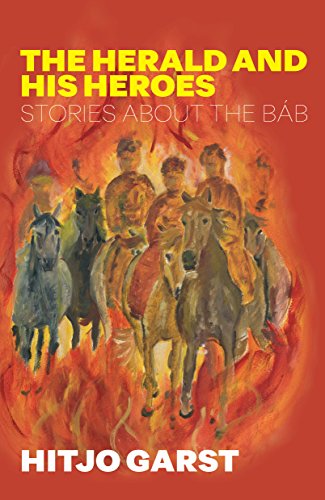 Titulo del libro: The Herald And His Heroes: Stories about the Báb (English Edition)

The great religious drama told in an easy-to-read style.
Who was the Báb? And who were His heroes?
Whose Herald was He?
Why did He die so young, and why was His Revelation so short?
The Herald and His Heroes answers these questions in a simple, easy-to-read style. This is the story of the great religious drama that unfolded in the middle of the 19th century in Iran. The Báb and His followers were relentlessly persecuted by clergy and government. Many thousands gave their lives so that the new teachings could reach the peoples of the world.
Since Hitjo Garst and his wife became Bahá’ís in 1972, Hitjo has worked tirelessly as a translator of Bahá’í literature from English for the Dutch Bahá’í community. His dream of bringing the wonderful stories of the Faith to a wide readership began over 30 years ago with From Mountain to Mountain, about Bahá’u’lláh, and continued with The Most Mighty Branch, about ‘Abdu’l-Bahá. The Herald and His Heroes is the third in the series.